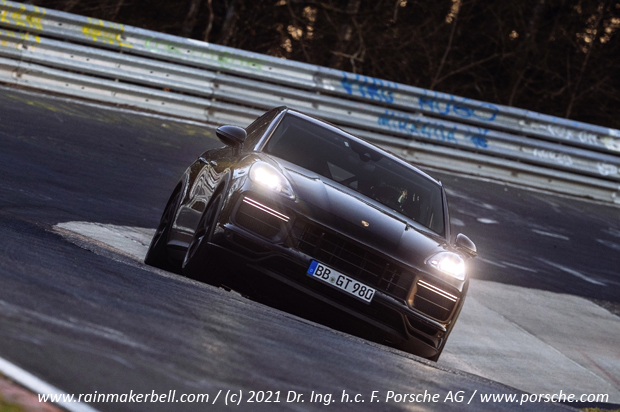 —Prototype of the Cayenne, 2021, Porsche AG: The new performance model of the Cayenne series has convincingly proven its dynamic potential ahead of its launch. 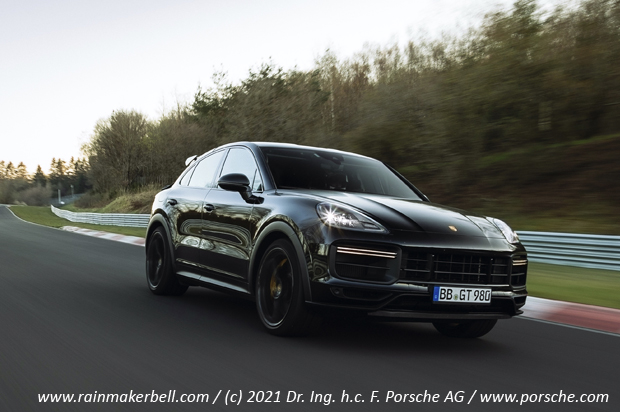 —This Cayenne model is a top performer. During its development, we focused on exceptional on-road performance. Our record-breaking Cayenne is based on the Cayenne Turbo Coupé. 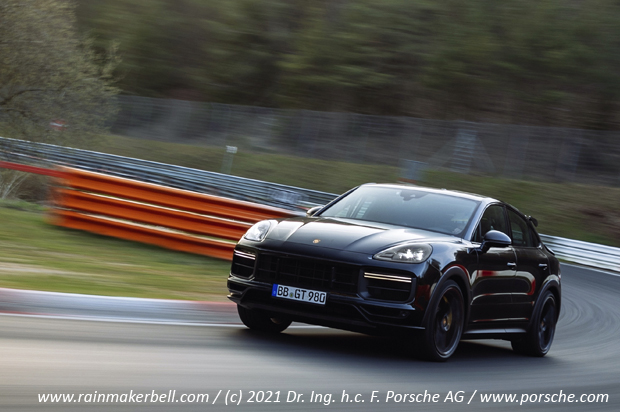 —Its record time on the Nordschleife confirms the dynamic capabilities of our new performance SUV. 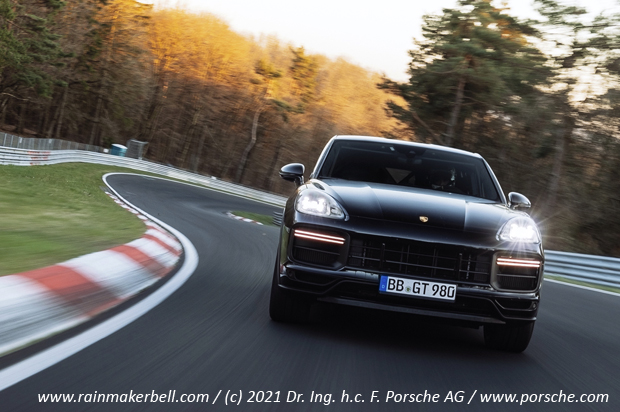 —Furthermore: it's a typical Cayenne all-rounder, providing a high degree of driving comfort and everyday utility. 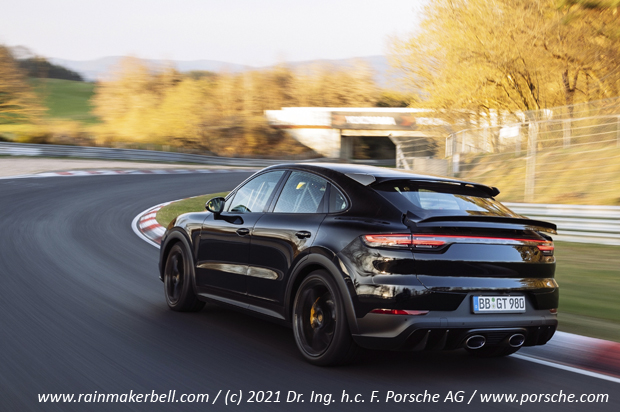 —The performance tyres used for the record lap were 22-inch Pirelli P Zero Corsas, that were specially developed for the new Cayenne model, and will be fitted as standard. 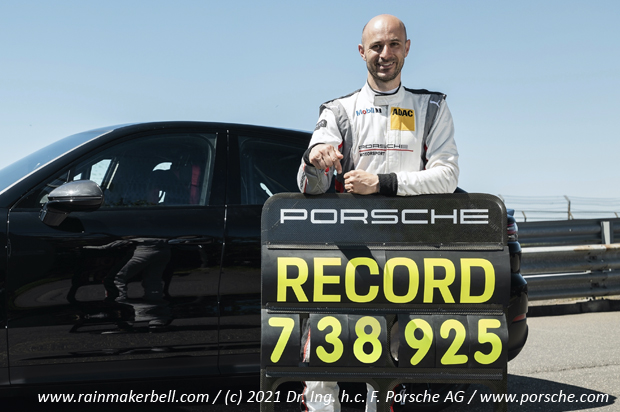 To protect its driver, the record-breaking Cayenne was equipped with a racing seat and roll cage. The notary public also confirmed the series production status of the still lightly camouflaged SUV, which will celebrate its world premiere shortly.