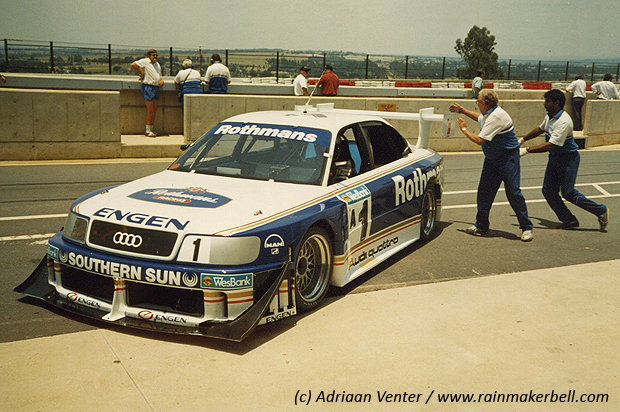 —In the good old days. Somewhere in the '90s. Random images of days long gone.

.../ Man, we was happy in our restless hearts/ It was heaven right here on Earth/ Yeah, we were laughin' as we reached for the stars/ And we had some for what it was worth/ Those were good times/ ... —David Lee Roth, Damn Good (?) 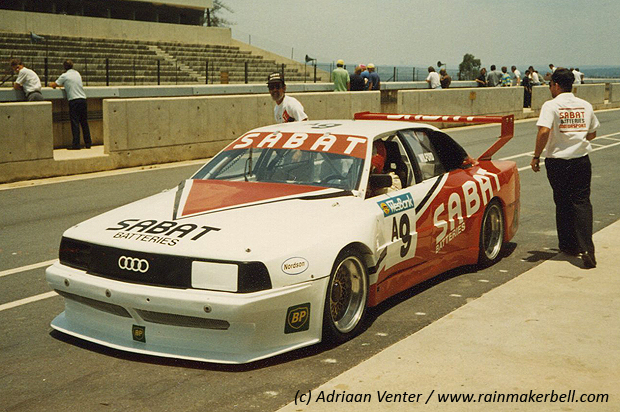 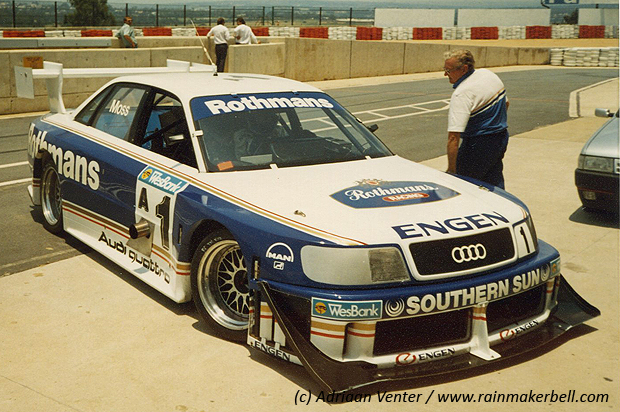 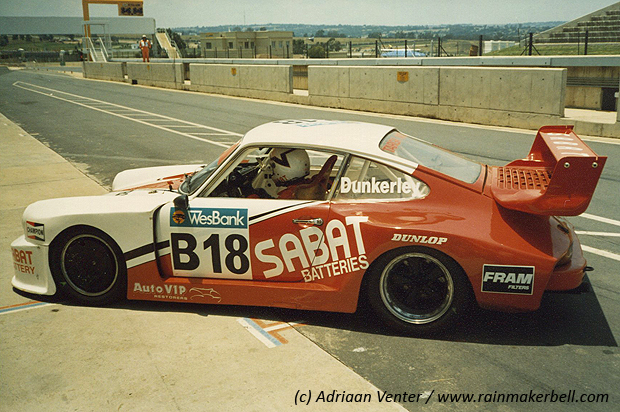 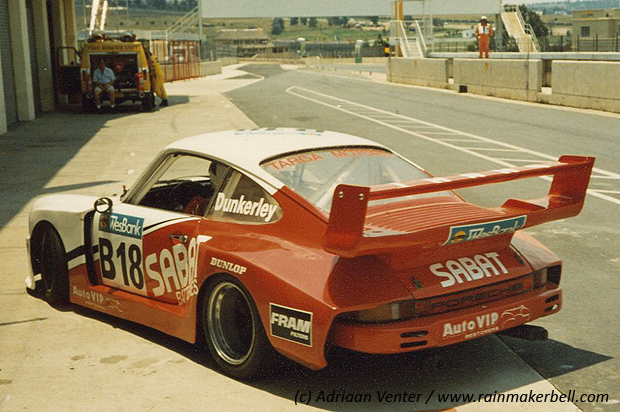 —From behind it even looks better. 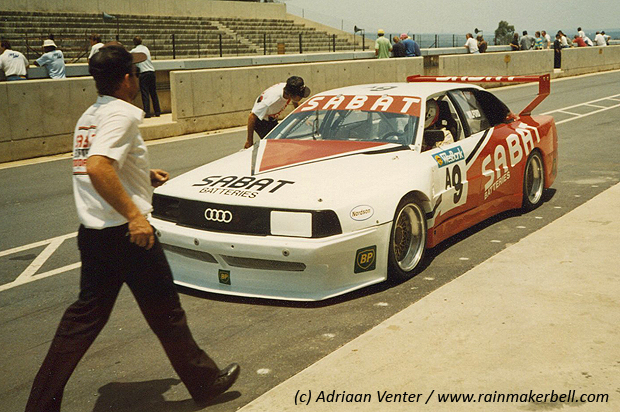 —A few Friday Slackers, scattered on the pitwall, impatiently waiting for the big guns to roll. 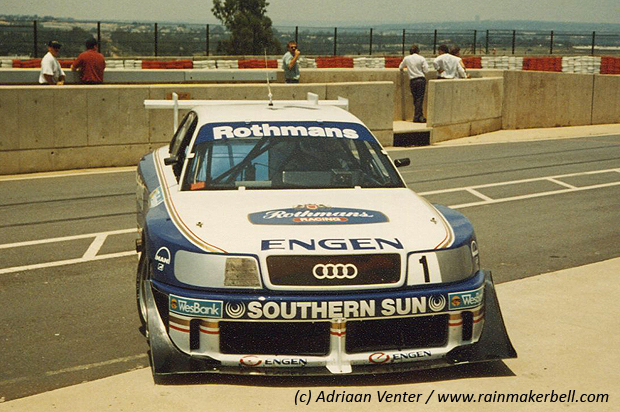 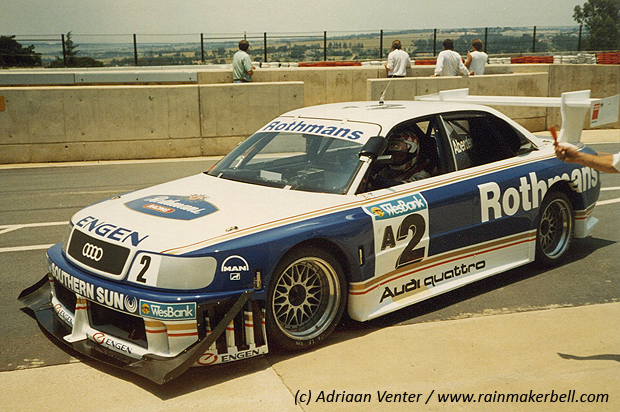 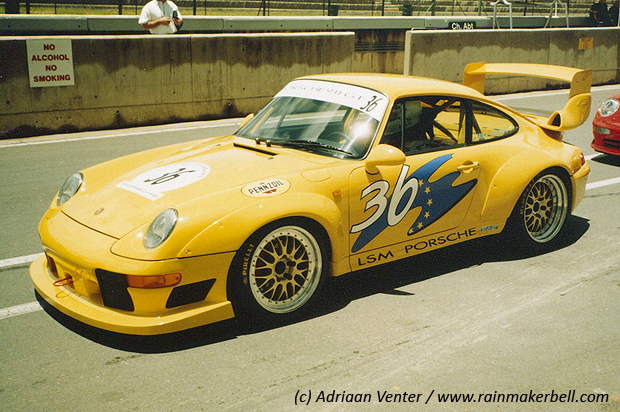 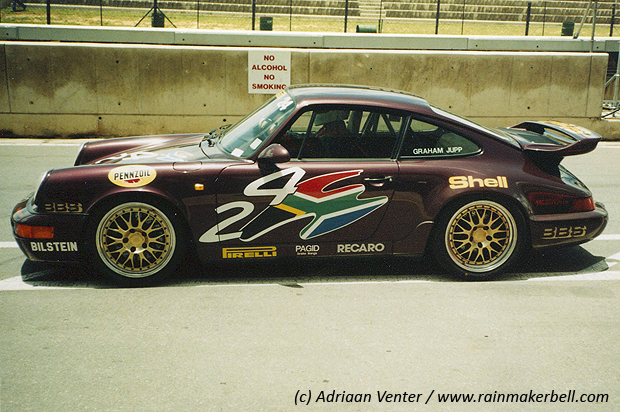 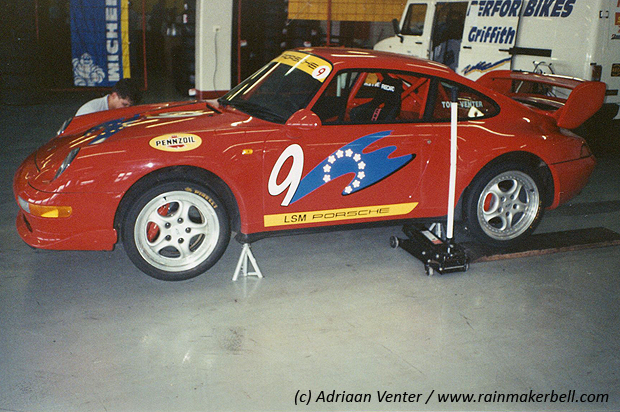 —Red was never his colour. 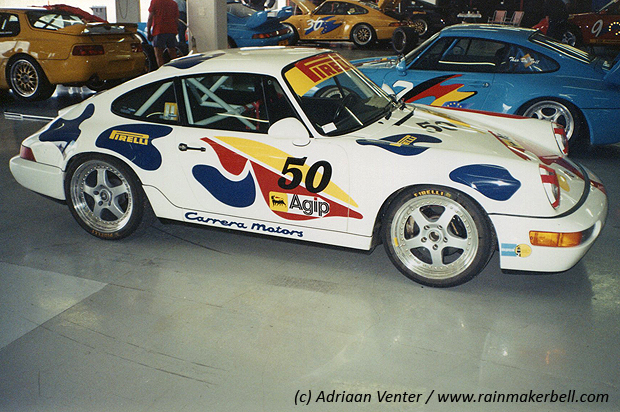 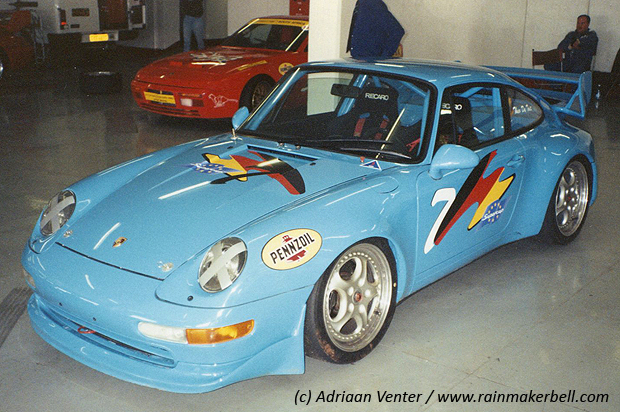 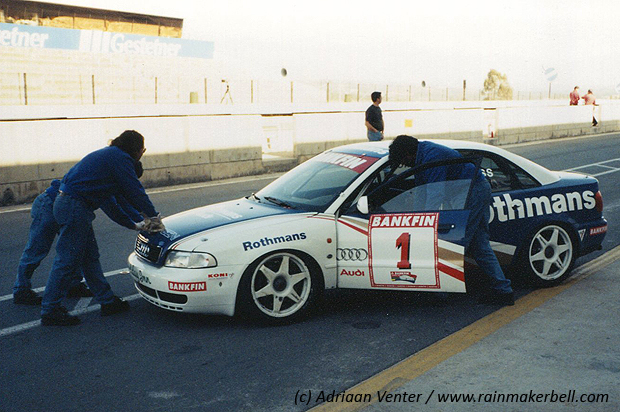 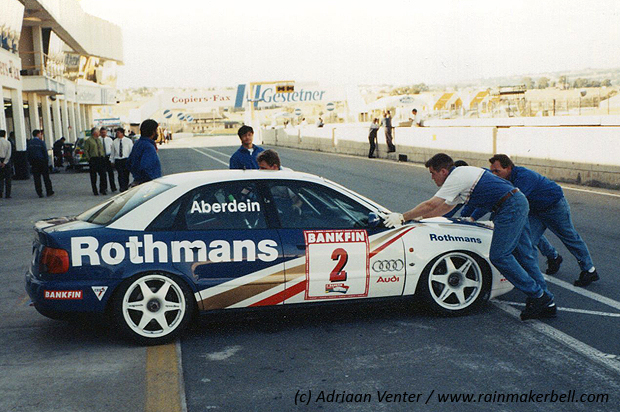 —Rothmans Audi Quattro. Back into the Kyalami garage.