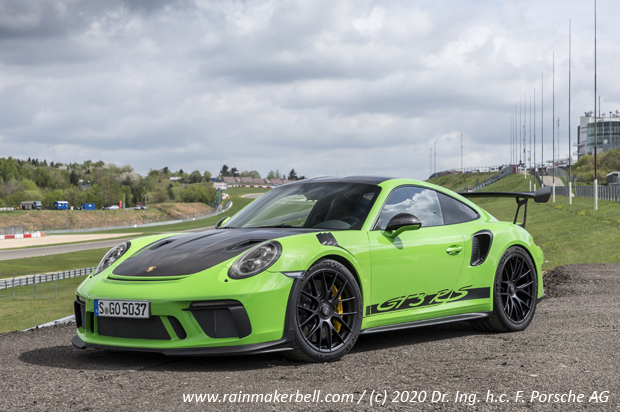 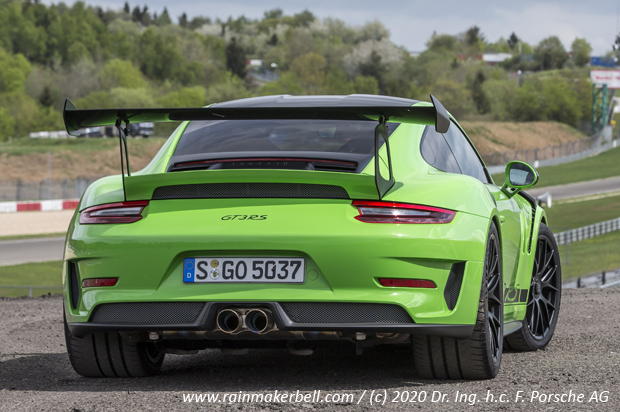 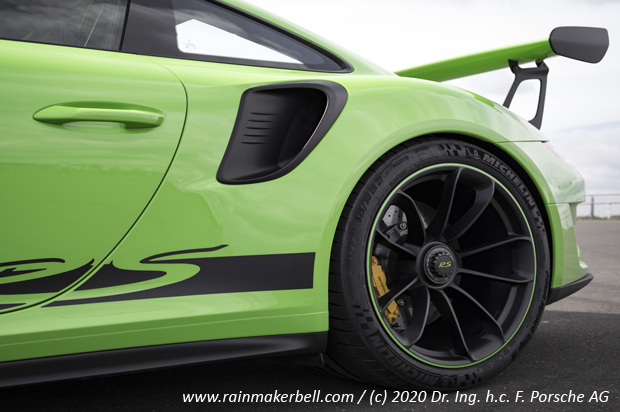 —The new Porsche 911 GT3 RS is synonymous with precision at the very highest level. This high-performance 911 weighs just 1,430 kilograms and its six-cylinder engine now delivers an output of 383 kW (520 hp). Developed by the Porsche motorsport department based on the 911 GT3 and its racing colleague the GT3 Cup, the RS has a clear focus on delivering optimum race track dynamics. 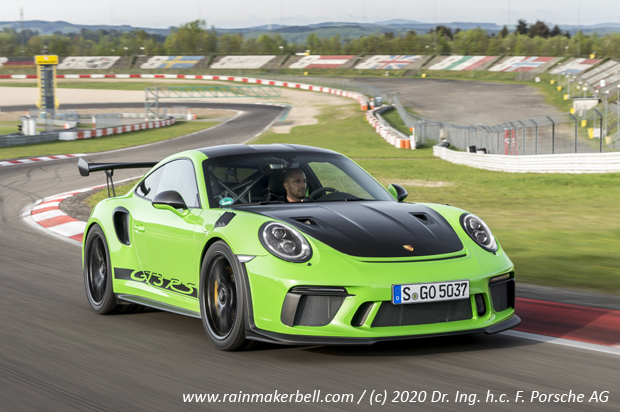 —And despite the strong downforce, the GT3 RS can achieve a top speed of 312 km/h. The large rear wing, like the widened front wings with high-mounted ventilation slits, is made from ultra-lightweight carbon. 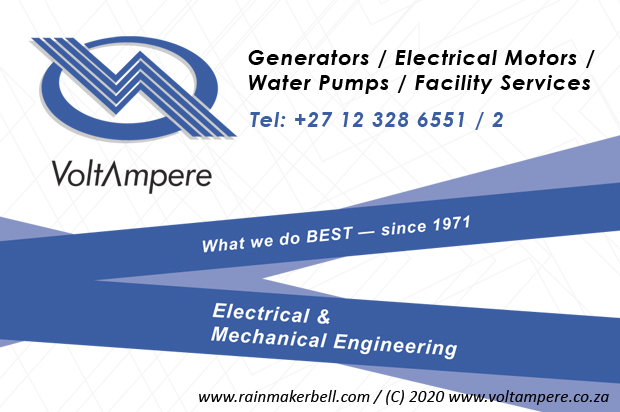 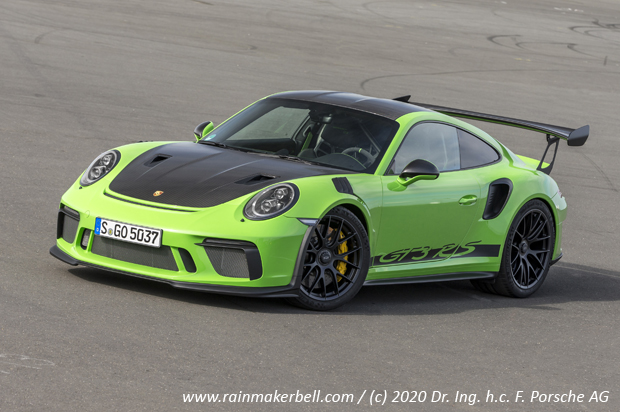 —Engine: The four-litre, six-cylinder naturally aspirated engine from Porsche used in the new 911 GT3 RS pushes the sports car to new limits. The flat engine delivers 15 kW (20hp) more than the engine in the previous model and in the 911 GT3. With a speed range of up to 9,000 rpm, the six-cylinder engine is the ideal choice as an efficient thoroughbred sports engine. 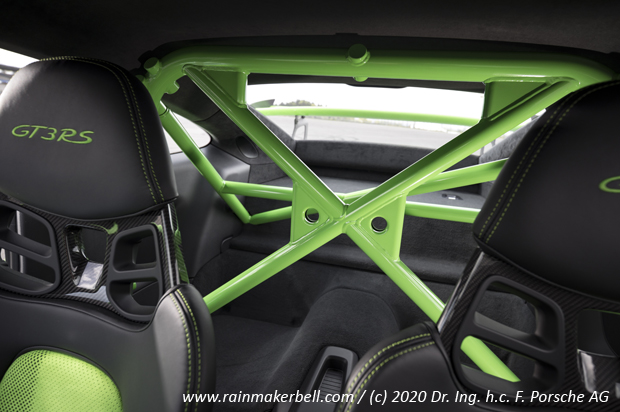 —The interior is also dominated by a racing feel, and the full bucket seats made from carbon provide secure lateral support even when strong lateral forces are present. 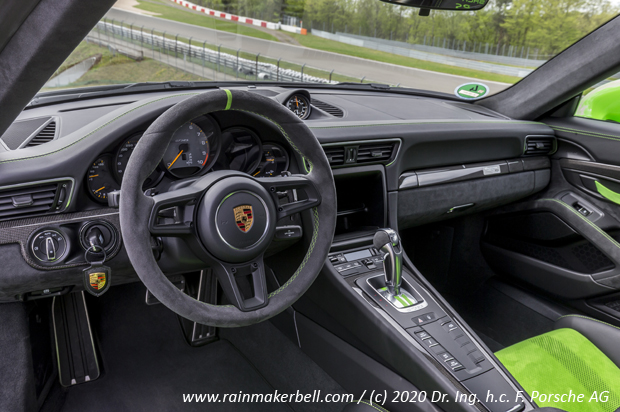 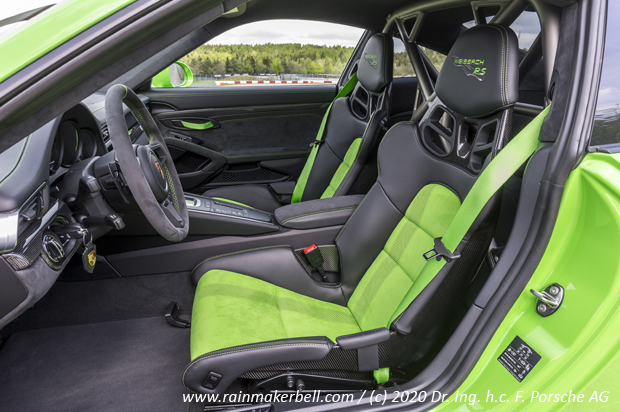 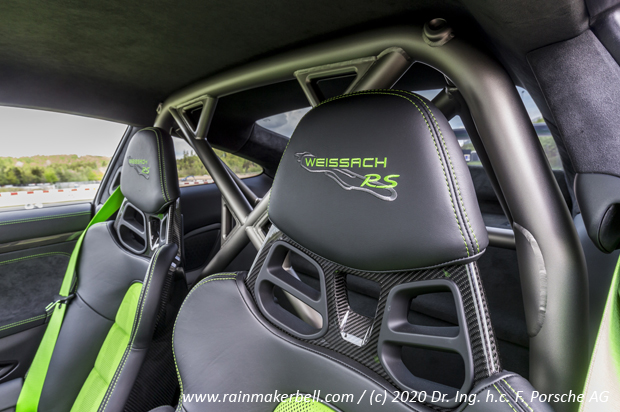 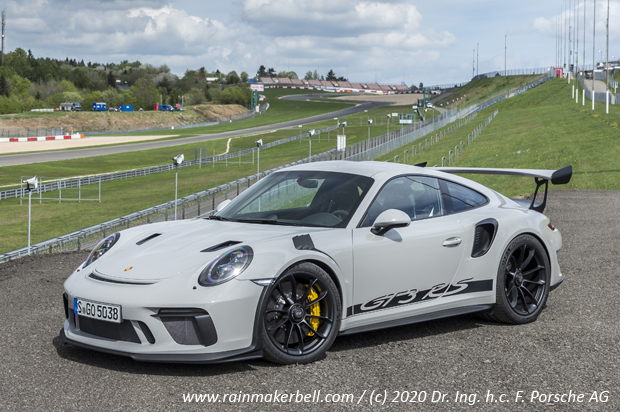 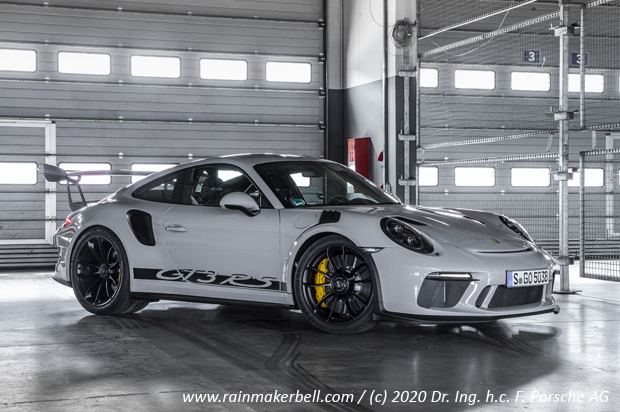 —The design of the 911 GT3 RS is based around a single purpose—generating maximum performance. 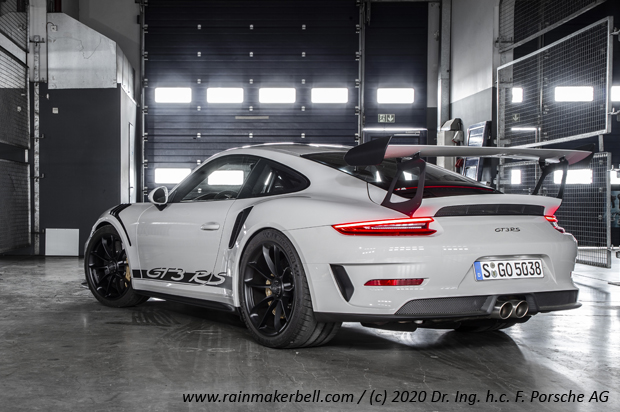 —The dominant rear wing, like the front and rear lid and the widened front wings with high-mounted ventilation slits, is made from carbon. 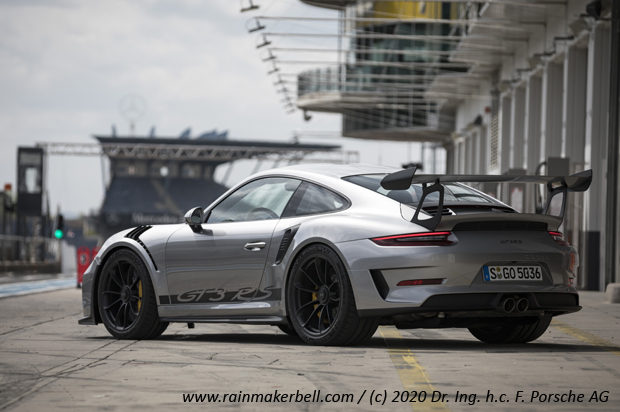 —The natural habitat of the 911 GT3 RS is the race track. 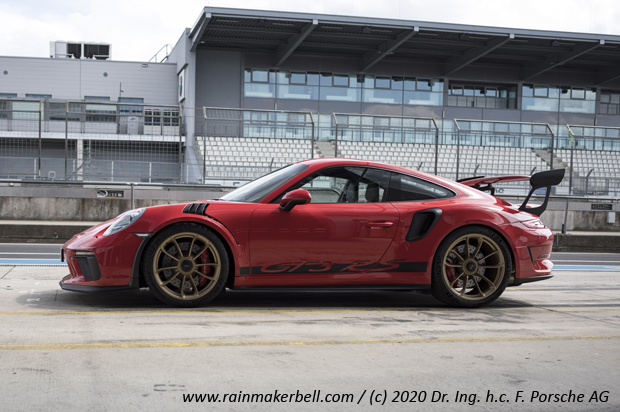 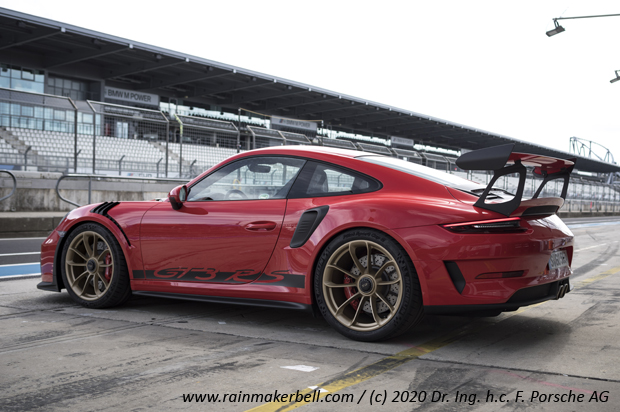 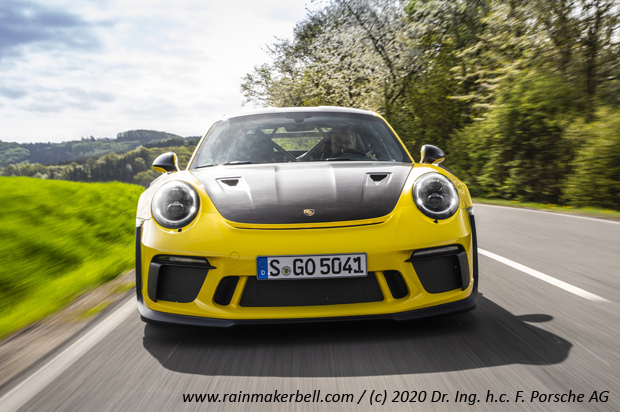 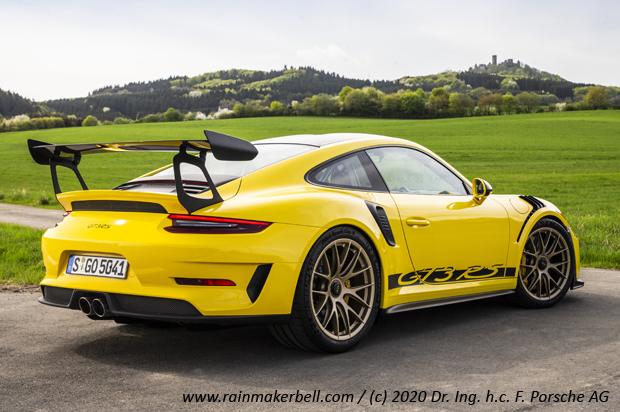 —As standard, the 911 GT3 RS features a sports exhaust system with rear silencer and two central tailpipes made from titanium. 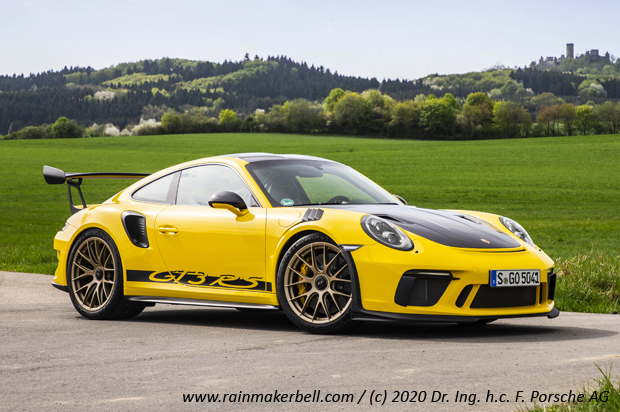 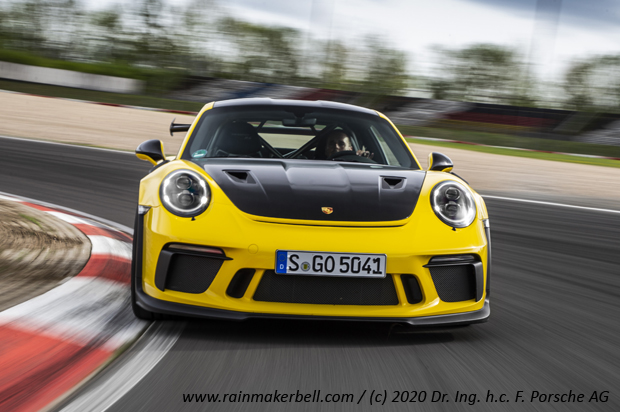 —Motorsport technology for optimum driving dynamics. Successful on the race track and perfected for the roads.