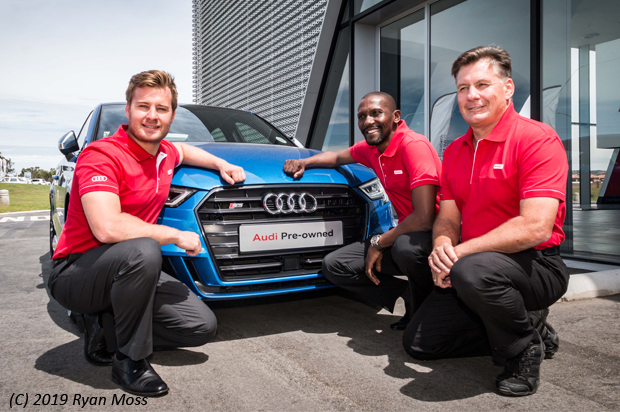 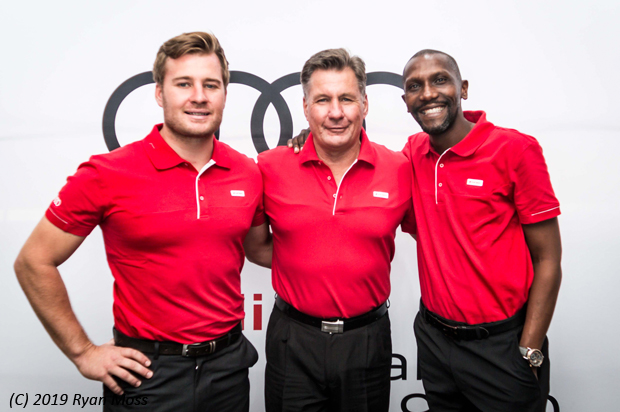 Having started his racing career with Terry Moss Racing in 1999, six years have passed since the 40-year-old last drove for the Port Elizabeth team but will create a formidable duo with former teammate and last year’s GTC runner-up, Simon Moss.

Born and bred in Qumbu in the Transkei, Sipuka achieved legendary status in motorsport by competing in a diverse range of categories locally and globally, including Formula Volkswagen in Germany, a 25 Hour endurance race at Spa Franchorchamps, saloon car racing in Malaysia and Super Truck racing in South Africa. But it was his record wins with Terry Moss Racing that stand out most, having won the Volkswagen Polo Cup titles back-to-back in 2002 and 2003.

"After I finished driving and started Terry Moss Racing in 1991, the man that migrated to Audi with me was Tschops Sipuka, and when we were looking at our team restructure for 2019, I thought to myself that there’s no-one better to join the team than Tschops," said team owner Terry Moss.

"We did so much groundwork for the team in the early days together, and won two Volkswagen Cup titles in 2002 and 2003 against the best in the country. From there on and with Michael Stephen as part of our team, our success as the Audi racing team only progressed further.

"Terry Moss Racing has had a close relationship with Audi and in so doing, we’ve collected the last three championships in GTC, and previously claimed the last 3 championship titles in Super Production Cars in all-wheel drive Audi A4 cars, with results speaking for themselves," concluded Moss.

For Sipuka, having not raced nationally since 2012, the former Audi driver is relishing in the opportunity to join the GTC Championship in 2019 and be a team driver again by steering the #8 Audi A3 GTC racer.

"It’s a unique feeling for me to be back where I started with Terry Moss and Audi," said Sipuka. "A lot of good memories came back when I recently tested the GTC Audi car and worked with the team again. I was privileged to previously drive alongside Simon in single seaters and back then it was mind boggling on how fast he was. We’ve come a long way since then and so to be teamed together in 2019, it will be exciting. Everyone will keep pushing each other to extract the best performance possible for the Audi team. I look forward to the new season.”

For long-time GTC steerer Simon Moss, 2019 brings new opportunities to step forward in leading the Audi team, after his front-running success for the last three years.

"When Tschops first raced for my father I was only in school, so I’ve watched his whole career unfold in front of me, but I’m excited to have him as my teammate," said Simon Moss. "We’ll both be out there to take the championship, it belongs with the Audi team. After finishing second last year, it’s my goal to be right up there and win the championship and for us to get a 1-2 finish again. It’s a privilege to have Tschops next to me, having won the Polo Cup titles that he has and while I’ll help him where I can, I think I’m going to be learning a lot more from him."

Audi South Africa will also continue its Motorsport partnership with Terry Moss Racing in 2019 as the official title sponsor to the team.

"The relationship between Audi and Terry Moss Racing began in the early 1980s and our brand cannot be more prouder to show our support and back the new team in the 2019 GTC Africa Championship. The formidable duo of Simon Moss and Tschops Sipuka epitomize what Vorsprung stands for - strong character, dedication, raw talent and a desire to achieve greatness. For us, the new racing team structure represents advancement, progress and a position that we are ready to take this team to the next level,” said Trevor Hill, Head of Audi South Africa.

The Terry Moss Racing Team will officially compete under the Audi Sport banner which is characterized by an iconic red rhombus. This symbol represents perfectionism, performance and adrenaline-induced thrills. It represents Audi’s long history of superiority in motorsport innovations, fueled by a passion to never stand still.

This year, the Terry Moss Racing team and Audi South Africa are excited to be living out Vorsprung in its two GTC drivers as they both defend the brand and the team in GTC for a fourth consecutive season. The team will officially compete in Audi A3 race vehicles starting off Round 1 of the 2019 GTC Africa Championship at Dezzi Raceway in Port Shepstone this weekend (1-2 March 2019). —Godspeed! •